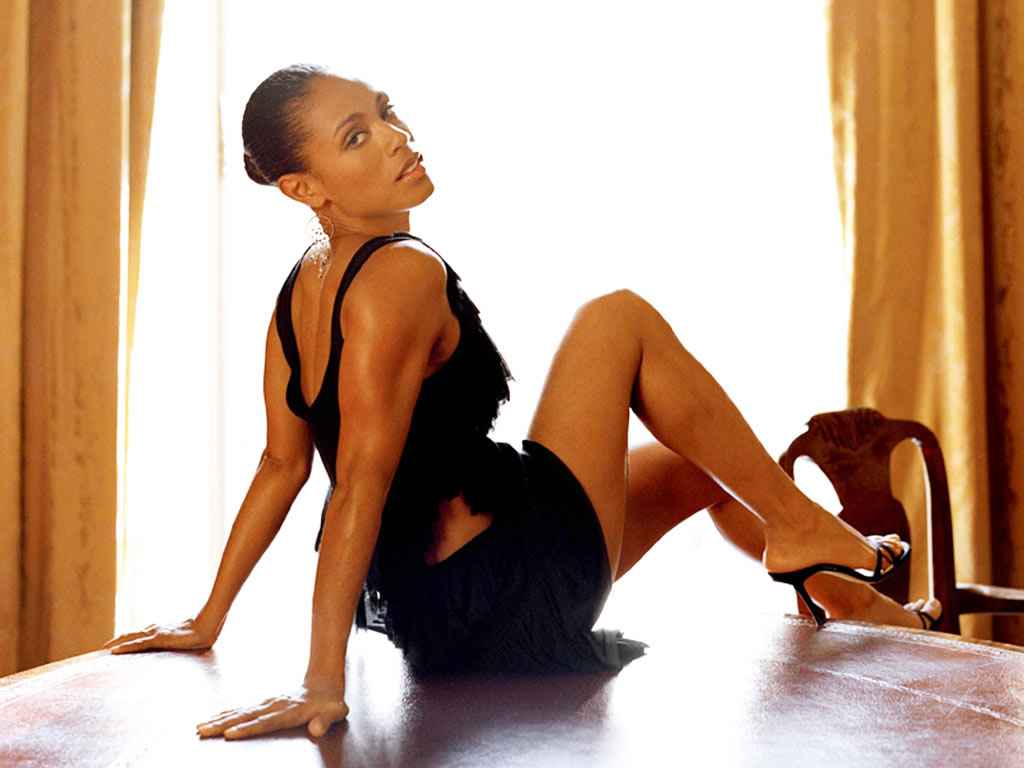 Pinkett Smith began her acting career in 1990, when she starred in an episode of “True Colors.” Smith received guest roles in television shows such as Doogie Howser, M.D. (1991), and 21 Jump Street (1991). She earned a role on comedian Bill Cosby’s NBC television sitcom “A Different World” in 1991. Three years later, Pinkett Smith acted with Keenan Ivory Wayans in the action comedy filmA Low Down Dirty Shame. She described her character, Peaches, as “raw” with “major attitude”, and her performance garnered positive reviews. The New York Times noted, “Ms. Pinkett, whose performance is as sassy and sizzling as a Salt-n-Pepa recording, walks away with the movie.” Following a role in Tales from the Crypt: Demon Knight (1995), Pinkett Smith co-starred with actor and comedian Eddie Murphy in the 1996 remake of The Nutty Professor. The film earned $25 million in its first weekend and opened in 2,000 theaters.

Next, Pinkett Smith had a role in Set It Off (1996), a crime drama about four women who rob banks to escape from poverty. With Queen Latifah, Vivica A. Fox, and Kimberly Elise, her acting in the film was noted in the San Francisco Chronicle where they named her as “the one to watch”. In 1997, Pinkett Smith had a cameo role inScream 2 as Maureen Evans, a college student who is brutally murdered in front of hundreds of cinemagoers. The film made over $100 million at the US box office. In 2000, Pinkett Smith was cast in Spike Lee’s film Bamboozled (2000) as Sloan Hopkins, a personal assistant to the main character portrayed by Damon Wayans. Although the film met with mediocre reviews, it won the Freedom of Expression Award by the National Board of Review.

Perhaps her best-known role to date is the part of human rebel Niobe in the films The Matrix Reloaded (2003) and The Matrix Revolutions (2003), and video game Enter The Matrix (2003). The character was eventually written specifically with Pinkett Smith in mind. Directly after she filmed her scenes for Ali, Pinkett Smith flew to Australia to work on the Matrix sequels. The sequels earned over $91 million and $48 million during opening weekends, respectively. In 2008, Pinkett Smith portrayed Alex Fisher, a lesbian author, in The Women. Pinkett Smith’s directorial debut was The Human Contract. She also wrote and acted in the movie. In January 2009, Jada started working on the TNT medical drama “Hawthorne,” in which she was executive producer and a starring cast member. A couple of years later, the show was cancelled by TNT after 3 seasons. In spring 2012, Pinkett Smith launched a web series entitled “Red Table Talks,” with the first episode featuring her daughter and her mother, in order to encourage dialogue within families.

After opening her music company 100% Womon Productions, Pinkett Smith created her own fashion label, Maja, in 1994. The clothing line features women’s T-shirts and dresses embellished with the slogan “Sister Power”, sold primarily through small catalogs. In 2003, Jada, along with her husband Will Smith, created the television series “All of Us,” which originally aired on UPN. Pinkett Smith published her first children’s book, “Girls Hold Up This World,” in 2004. In 2005, Pinkett Smith became one of many celebrities to invest a combined total of $10 million in Carol’s Daughter, a line of beauty products created by Lisa Price. She became a spokesperson for the beauty line. Jada also is part owner of the Philadelphia 76ers with husband Will and others.

How Jada Pinkett Smith Made Her Money – Acting, writing, and business ventures.