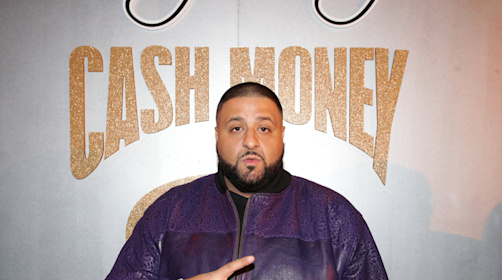 Artists are dropping like flies over at Cash Money Records. After announcing his split from the label this weekend, Bow Wow became the latest rapper to ditch Birdman’s imprint. But the label also suffered another loss: DJ Khaled. During his interview with The Breakfast Club, the producer revealed that he quietly ended his deal with the label.

“I’m not signed to Cash Money at all,” he said. “I’ve been off for a minute. It’s nothing that I’m here to promote that I’ve been off. I’m not that type of person.”

Khaled also discussed the ongoing tensions between Lil Wayne and Birdman, remarking that he hopes the two can bury the hatchet for the sake of hip-hop culture.

DJ Khaled also talked his upcoming I Changed A Lot project, as well as his latest release, “How Many Times,” featuring Chris Brown, Lil Wayne and Big Sean. Watch his full sit down with The Breakfast Club in the video above.