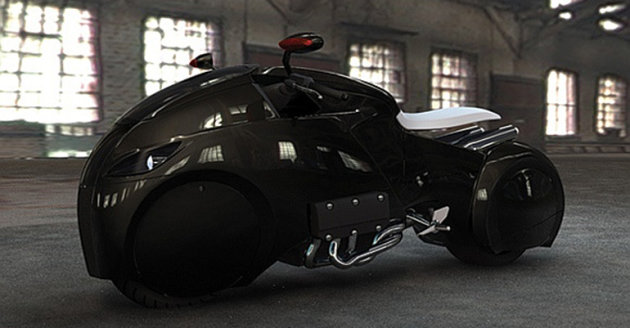 Who doesn’t want a motorcycle straight from the movie Tron? The folks at French design house, Enzyme Design, one-upped the sequel to the original by creating a Batman worthy concept back in 2006. Dark, well-sculpted and thicker than a triple decker turkey club, it’s the epitome of futuristic noir glamour. Purportedly powered by a Honda flat-six engine, the Icare looks equally menacing as it is elegant: It only uses the bean sprout mirrors and your cranium as aerodynamic disturbances. 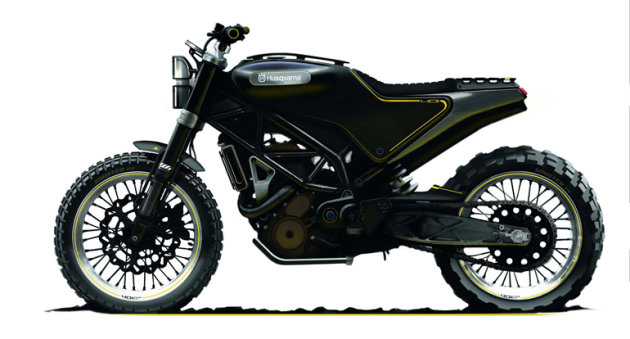 In early 2014, Husqvarna put together a pair of concept bikes, one being the Svart Pilen or “Black Arrow”. If ever there was a blend of retro-rugged and modern-svelte, the Svart Pilen embodies it perfectly. The stout black body, knobby 17-inch wheels, and upside-down forks make for one of the coolest profiles we’ve seen on a concept. Power comes from a 400cc water-cooled single with 43 horses. The diminutive 297 lb weight gives it “oomph,” while the tough details like a caged headlamp, grippy seat and high-mounted muffler mean this bike would do adequately well in the real world of hard riding.

[EDIT NOTE: Luckily the Husky is one bike we no longer are forced to merely dream about, as the company recently released plans to build its 401 concept bikes (pictured below) for the 2017 model year. Husqvarna, sister company with KTM, is rumored to be using the same engine as found in the 390 Duke 390 and RC390.] 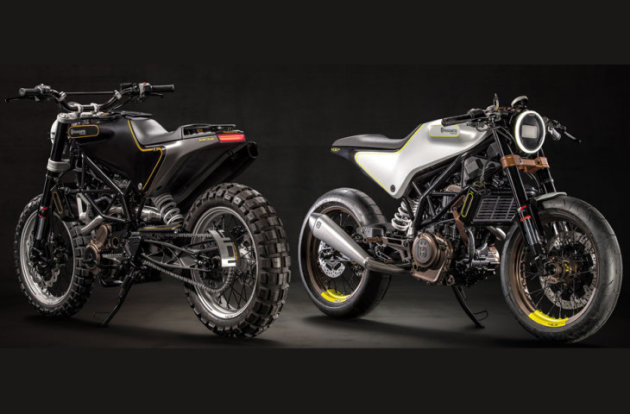 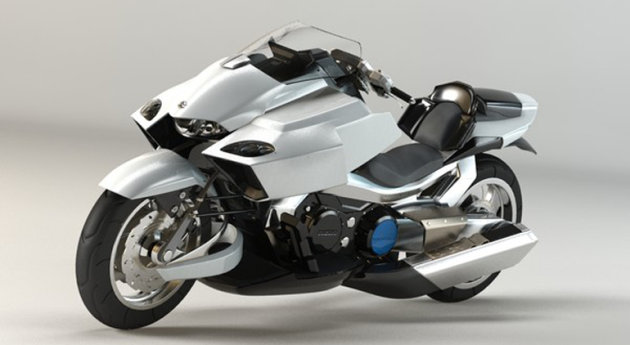 Way back in 2003, Suzuki delivered a concept straight out of animated film Akira. A recumbent motorcycle/scooter, it was built for the Tokyo Motor Show, and it looked like a geriatric Storm Trooper’s dream moto. The G-Strider was powered by a 916cc parallel twin and paired with an automatic CVT transmission equipped with manual shifting. Putting some polish on the war-sled looking Neo-Tokyo were a set of fat, 220 tires and an aggressive windshield. Yes, we checked for rail guns and cannons, but no luck.

[EDIT NOTE: Luckily, Honda did basically the exact same thing with the NM4, but that bike found its way to the showroom floor, with a frame and power train based (the subframe and fairings changed of course) off the Honda NC700X, using a DTC automatic trans. Read, The Future of Motorcycling, We Ride the Honda NM4, Review linked above). 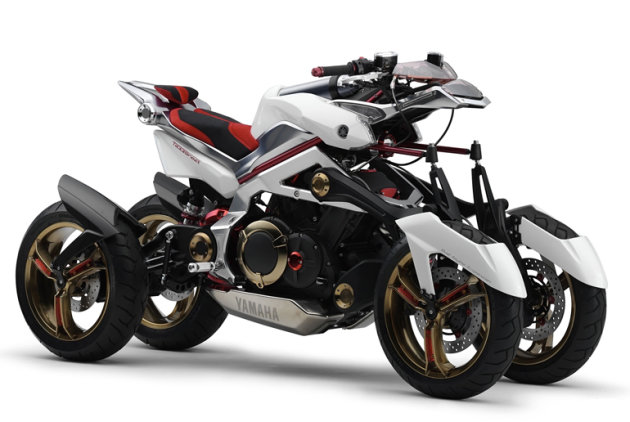 This one’s right out of our dreams, yet still only a hair’s breadth from reality. The Tesseract was designed as a motorcycle, but with leaning multi-wheel abilities. Yamaha built this creature in 2007 (possibly inspired by aliens in Starship Troopers), and the “Dual scythe” suspension system gives it increased stability for its four wheels.

And get this: The plan was to give it hybrid power with a V-twin engine and a supplemental electric motor. Too bad it never made it to market. We’d take this over a Can Am Spyder any day of the week. 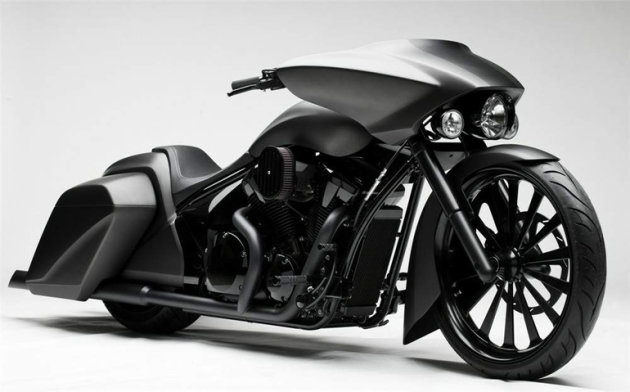 What does a modern day Count Dracula ride to Sturgis? It just might look something like the “Slammer”, a concept created by Erik Dunshee for Honda. Based on a 2010 Stateline, it’s both ornate and minimalist at the same time (if that’s possible). As black as a moonless night, the full front end conversion drapes over a custom 23-inch wheel, and the fuel tank and body taper beautifully toward the rear. Power comes from a VT1300cc engine, and the air ride suspension can drop over four inches for effortless, aerodynamic cruising that’s worthy of the prince of darkness. Who would have thought Honda was interested in the dropped-Bagger scene? 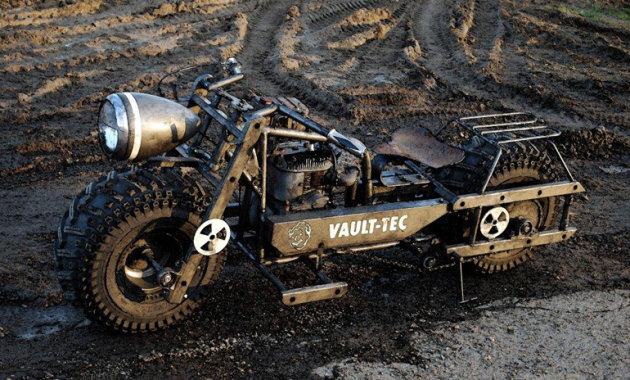 We saved this last one for you Nostradamus apocalypse believers and video game junkies. Believe it or not, a high school kid and his buddies hand built this motorcycle just about from scratch. Inspired by the Fallout 3 video game, the beefy bike is made from hand cut and welded tubular steel, and powered by a scrap engine with no transmission (low speeds only). Suspension? What suspension? The moto’s Tumbler-like tires provide enough give.

The bike won’t break any land speed records, but the steampunk style and homegrown build make it as tasty as any professionally made concept. Gotta love those nuke symbols, too.